BMX and the Circular Economy

People get passionate about many things; sport, for example. Soccer, motor-racing, cycling – people love their own sport, team, their version of the sport. People who might not like the 100 meters sprint may adore the marathon. Take BMX for example - there’s a following completely devoted to it. It has a whole sub-culture; language, fashion and, of course, celebrities. Matt Hoffman, one of BMX’s royalty once said: “Bones heal, chicks dig scars, pain is temporary, glory is forever.”

Bones heal – broken things in the natural world generally can be healed to how they were; bones do indeed heal, a starfish will re-grow legs that have sheared off, and whole rural areas can be re-wilded.

Chicks dig scars – ignoring the language of a 12-year old– we can all look back on things that, at the time, were tough to go through but whose final outcome was satisfying.

Pain is temporary – for the long-term good, short-term inconvenience is sometimes necessary.

Glory is forever – doing the right thing, and not the easy thing, will be looked back upon as good, forever.

Now what has BMX got to do with the Circular Economy? Read on.

What is the Circular Economy and its cycles?

An example is the humble tea bag. This single-use item would, in a Circular Economy model, be reused – ideally – as compost, so that the plant matter in the tea bag returns to cultivate more plant matter.

An example is the humble tea bag. This single-use item would, in a Circular Economy model, be reused – ideally – as compost, so that the plant matter in the tea bag returns to cultivate more plant matter.

The Circular Economy requires a shift in society from the consumerist, disposable ways of modern-day First World economies, to a more sustainable and robust society. Two cycles enable this transition; the Biological and the Technical. The biological cycle can be applied to organic matter that can go back through the system; natural fibers that can be recycled or re-formed, or food waste that can be re-purposed.

The Technical cycle is a reversion to the mending, reusing and cannibalisation of technology to extend longevity and avoid more extraction of finite natural resource. This brings the advantages of modern-day technology, paired with the virtue of extending the life of goods – as was the case until the rise of consumerism in the early 1980s.

The adoption of the practises of the Circular Economy mean that there is a change to a person’s lifestyle – it takes more effort than just disposing of things – but, crucially, means no loss of quality of that lifestyle. The consumer is not denied goods, nor barred from having possessions in the way becoming a vegan would eliminate food groups from someone’s diet. Instead they are compelled to behave differently. This starts at the decision to purchase and carries on through the lifecycle of the item.

Changing to the Circular Economy would heal some of the breakages in modern societies, but the changes must be designed in. The rise of consumerism was facilitated by mass production techniques and the opening-up of markets with cheap labour. It became economically cheaper – though not environmentally cheaper – to throw away, than to maintain.

The scars of consumerism have unfortunately been highlighted horrifyingly in the plight of the world’s oceans and the creatures that live in them. A series of recent reports tell of 100% of sea-life inspected in a survey had ingested waste plastics, some with terrifyingly high levels of contamination. Circular Economy practises could slow or halt this.

There is a temporary pain to this transition away from consumerism; customers must actively reject single-use, wasteful, disposable products and methods. Only by favouring products that embrace the Circular Economy’s ethos will change be possible and sustainable.

But ensuring the revival in health of our planet need not be like wearing a hair-shirt – it does not have to be all worthy, gloomy stuff – Zero Waste Scotland (@zerowastescot) have a number of Circular Economy companies signed up, including a vodka made from potatoes that are not suitable for retail.

The glory of all the initiatives, organisations and people making the change to the Circular Economy will be in maintaining a lifestyle while improving the planet. Done correctly and in every aspect of our lives, that glory is, as Matt Hoffman says, forever. 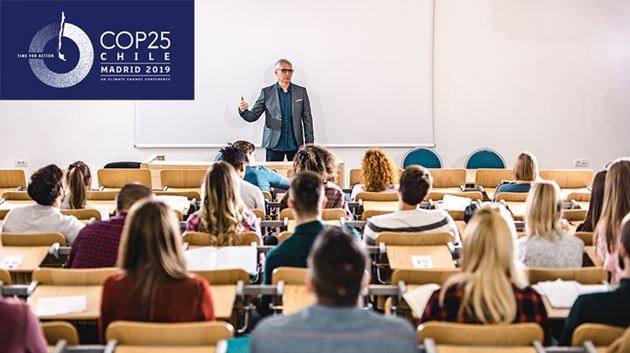 "You can do something. You can choose to be the one that will make change happen. Choose STEM.” Markus Tacke, CEO of Siemens Gamesa, was clear and straight to the point with youths during the presentation of the KPMG report ‘The socioeconomic impacts of wind energy in the context of the energy transition’, on October 11. This call to action has a great concern behind it: the shortage of students enrolled in studies related to Science, Technology, Engineering and Mathematics. 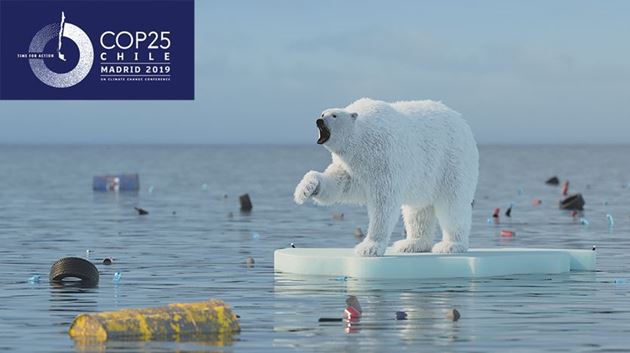 Climate change is no longer something we can turn a blind eye to. The denial witnessed in the 1980s has given way to a movement being driven by young generations to get us all discussing and addressing this pressing issue. The words ‘emergency’ or ‘collapse’ sum up the urgency of the matter both in the public eye and in institutional discourse. The consequences of global warming have also played out on the big screen in a bid to raise global awareness of the dire consequences that await us.

The fight against climate change is not only in the hands of governments or institutions. We can all do our bit, as our lifestyle and consumption habits have a direct impact on energy expenditure and CO2 emissions.