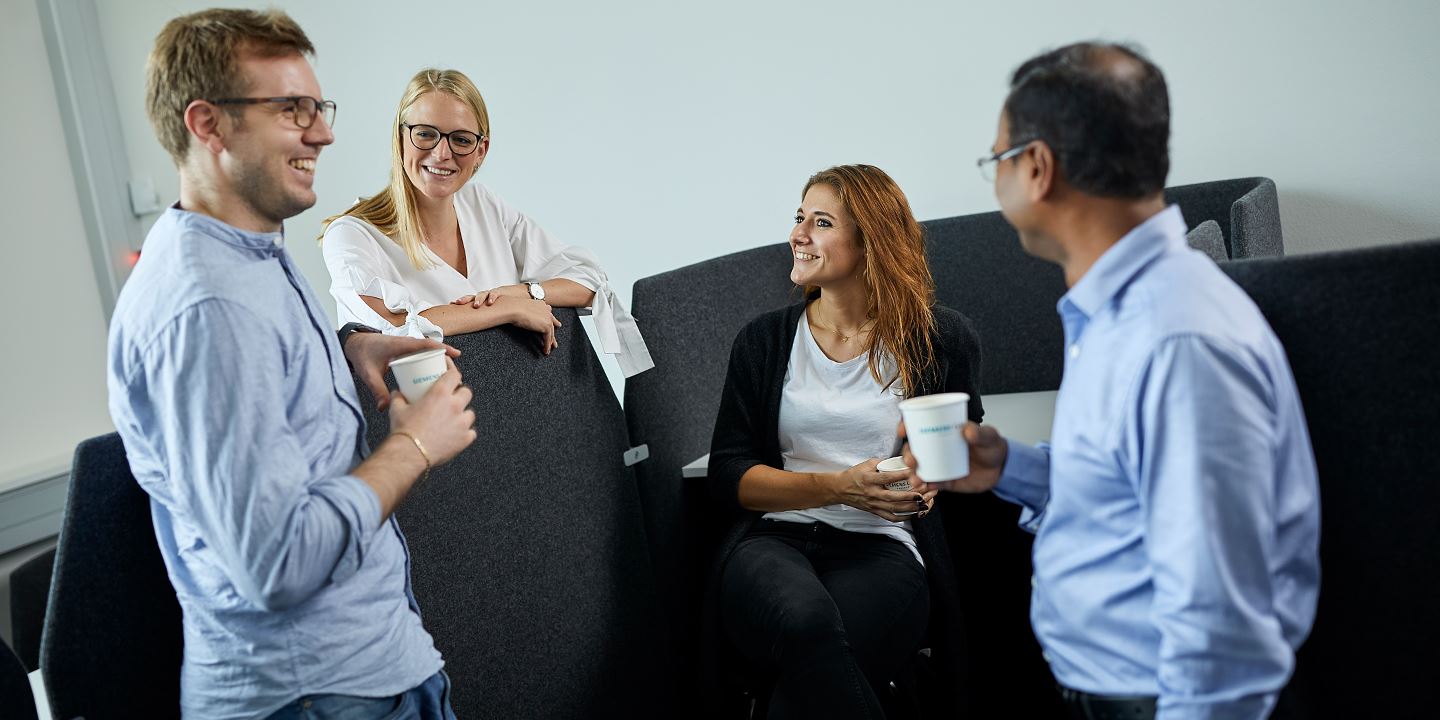 Our Diversity and Inclusion Calendar

Our Diversity and Inclusion Calendar looks at marking particular topics each month in order to promote, through awareness and action, an inclusive work environment where every individual, each with rights and responsibilities, has an active role to play in an environment that is stable, safe, just and tolerant, respects diversity, inclusion and equality of opportunity.

Would you like to find out more about diversity and inclusion at Siemens Gamesa? Please don’t hesitate to contact us.

International Day of Older Persons is celebrated on 1 October. The COVID-19 pandemic has exacerbated existing inequalities, with the past three years intensifying the socioeconomic, environmental, health and climate related impacts on the lives of older persons.

While older persons continue to meaningfully contribute to their political, civil, economic, social and cultural lives; their contributions and experiences remain largely invisible and disregarded.

International Day of Older Persons, serves as a hallmark to recognize the vital contributions of older people and promoting the inclusion of their voices, perspectives and needs in traversing global challenges.

International Day for Tolerance is celebrated on 16 November and on 25 November the International Day for the Elimination of Violence against Women. Every individual has the right to work in a professional atmosphere that is free from harassment and discrimination and where complaints are promptly and fairly resolved.

However, while this is generally accepted, violence and harassment remain pervasive throughout the world of work. It has serious consequences for workers, their families and communities, as well as for enterprises’ reputations and productivity.

Raising awareness about the unacceptability of violence and harassment contributes to changing perceptions and social norms. It also helps to create safer, healthier and more harmonious workplaces.

International Day of Persons with Disabilities is celebrated on 3 December. Disability inclusion is an essential condition to upholding human rights, sustainable development, and peace and security.

Appointing Disability Champions can be a key strategy towards achieving disability inclusion. They can ensure that the inclusion of people with disability always remains on the agenda, particularly during challenging transitional periods.

As we move on from pandemic restrictions, we’ve seen a strong, global demand for more flexible forms of working, particularly to retain an element of remote work.

The working world is in transition as we adapt to new work norms. A hybrid working model can be good for productivity, inclusion and motivation. Hybrid work provides autonomy and choice for employees. They can combine time at home for focused and independent work with time in the office for collaboration and connection.

Inclusion, trust and responsibility must be at the heart of our new and adapting working arrangements. In many cases they can offer us the opportunity to design afresh rather than revise the old

International Day of Women and Girls in Science is celebrated on 11 February. The energy sector remains one of the most gender and ethnic imbalanced sectors. This lack of diversity threatens to cause underrepresented groups to miss out on one of the world’s great economic expansions. As the clean energy sector continues to grow and evolve, competitiveness relies on the ability to attract and retain a diverse pool of talent capable of bringing fresh perspectives.

The S for social in ESG addresses the relationships that companies have and the reputation they foster with people and institutions in the communities where they do business. S includes health and safety, labor relations, social commitment and diversity and inclusion.

International Women’s Day is celebrated on 8 March. Gender equality is not only a fundamental human right, but a necessary foundation for a peaceful, prosperous and sustainable world. We cannot underestimate the extraordinary and indispensable contributions of women across all sectors. Women need to be given equal opportunities in leadership and decision-making roles and efforts must be made to increase gender equality.

World Day for Safety and Health at Work is celebrated on 28 April. Digital detox is rooted in health and wellbeing. A constant connection to work and resulting lack of rest can have serious implications for your health and your overall performance in the company. Having periods of disconnection from work is a mental health need for everyone, we all need to have time to focus on our private life and to make a clear difference between working and non-working hours. A proper use of the daily breaks, weekends and holidays is crucial for keeping a good mental health. Encourage others to practice a reasonable right to disconnect!

May: Why does
cultural diversity matter?

World Day for Cultural Diversity for Dialogue and Development is celebrated on 21 May. Three-quarters of the world’s major conflicts have a cultural dimension. Bridging the gap between cultures is urgent and necessary for peace, stability and development. A culturally diverse workplace empowers people to develop their talents and skills. A range of ideas and expertise enables those to learn from a more diverse collection of colleagues. It can also boost problem-solving capabilities and increase happiness and productivity.

Every year, during the month of June, the LGBTQ+ community celebrates in a number of different ways. Across the globe, various events are held during this special month as a way of recognizing the influence LGBTQ+ people have had around the world. There is as much to celebrate as there is to be aware of the different situation of human rights of LGBTQ+ people in the world. People around the world face violence and inequality—and sometimes torture, even execution—because of who they love, how they look, or who they are. Sexual orientation and gender identity are integral aspects of our selves and should never lead to discrimination or abuse.
July: Advancing Racial Equity in the Workplace

Many people believe that skin pigmentation reflects race. Yet this notion, in the case of our species, is meaningless. Because from a biological point of view, human races do not exist. The colour of human beings today is the result of a complex sequence of biological and demographic events, and it is not possible to demarcate one group from another biologically.

It cannot be denied, however, that the popular concept of "race" is deeply rooted in many societies and has given rise to highly degrading political movements.

In its purest form, racial equity in the workplace means that an employee’s race does not impact how they are treated or promoted in any way. It means that all rules apply equally to all employees, regardless of race. However, policies can appear race-neutral on the surface but still result in disparate treatment of minorities. “Black” employees are most at risk for experiencing bias, followed by “Latino” and “Asian” employees. However, even employees who don't directly experience bias are negatively impacted by observing others being treated unfairly. Every day, each and every one of us can stand up against racial prejudice and intolerant attitudes.

International Day Commemorating the Victims of Acts of Violence Based on Religion or Belief is celebrated on 22 August. Religious traditions are an important part to building a strong bond. They give us a sense of belonging and a way to express what is important to us. They connect us to our history and help us celebrate generations of family.

There are so many global holidays and celebrations to consider, but it’s all about our unique workforce. When celebrating different observances in the workplace it gives everyone an opportunity to learn about different cultures and the significance and history behind each celebration. The open, constructive and respectful debate of ideas, as well as interreligious, interfaith and intercultural dialogue can play a positive role in combating religious hatred, incitement and violence.

International Equal Pay Day, celebrated on 18 September, represents the longstanding efforts towards the achievement of equal pay for work of equal value. United Nations reports that across all regions, women are paid less than men, with the gender pay gap estimated at around 20 per cent globally. Progress on narrowing that gap has been slow. While equal pay for men and women has been widely endorsed, applying it in practice has been difficult. Achieving equal pay is an important milestone for human rights and gender equality. 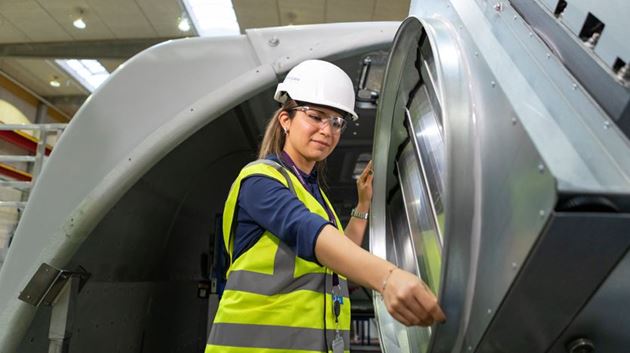 Diversity is our true energy, that will enable us to lead the transition to a cleaner and more sustainable world. 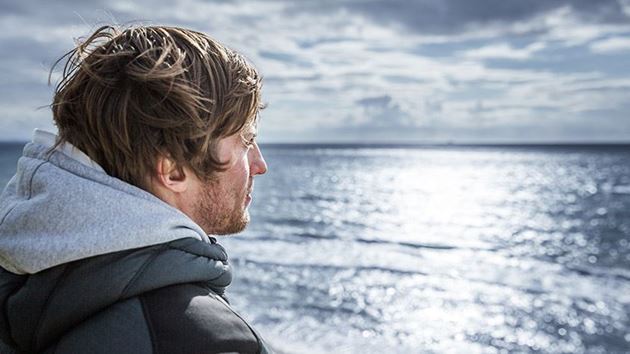 It takes the brightest minds to be a technology leader. It takes imagination to create green energy. Join us.

Being responsible towards the environment is in our DNA as a wind energy company. But we do not keep it at that: Our company aims at being sustainable in everything we do.